The new Peugeot-style boss had a full life before he reached the Graal! Let’s take a look back at a concept car that remains one of the highlights of his career: Metropolis, presented just ten years ago. Already!

As the Hypnos and GTbyCitroën concept cars are unveiled in autumn 2008, Matthias Hossann, Citroën designer for the past six years, is packing his bags to join the brand new design centre in China, which has just opened in Shanghai. Life in this city, which faces the East China Sea, is a radical change from Vélizy Villacoublay, where the PSA Group’s design offices are located..

Matthias forgets for a long time the dishes in the DNA canteen. He may have tried out the traditional dish of “lion’s head pork” in Shanghai, but there was no mention of lion at that time, even though Matthias became Peugeot’s Design Director Peugeot since August 2020. But in 2008, he became a senior designer at the Chinese design centre where Oleg Son heads the small local team. It is this team that will give birth to an ambitious concept car, 5.30 m long, which will be previewed at the Shanghai World Expo on 1 May 2010, in the French pavilion.

Thierry Métroz (now head of DS design) has been in charge of Citroën design since the beginning of 2010 and remembers this flagship very well! “It was indeed Oleg Son who was in China at the time as head of the Shanghai studio. When I arrived at the helm of Citroën’s design department, the project was finalised, as the first work started in 2009. The team was then very young, mainly made up of Chinese, but it was supervised by French people, notably Matthias Hossann. The aim was to showcase the know-how of the newly created studio. It is above all an extremely motivating project for the designers, an opportunity to express themselves and to recognize the studio’s creativity. The project is obviously supervised by Jean-Pierre Ploué. »

While in China, the big sedan takes on the allure of a classic limousine with three well-defined volumes between a very expressive front end, a very low cabin and a trunk with a fairly original promontory design, more than 9,000 kilometres from the Shanghai studio, Thierry Métroz and his team are also thinking of anticipating the world of the big sedan with the Number 9 project (below), which will arrive two years after Metropolis. But in the latter case, we’re talking about the Citroën DS and not just Citroën…

In China, the constraints for developing Metropolis are light. “The team was able to imagine everything it wanted in this project,” recalls Thierry Métroz. The concept car has a real presence, even if the first definition of the prototype takes the form of a semi-circular model in which the passenger compartment is not materialized. However, Citroën specified at the time that “the Metropolis’ interior design is inspired by the fan and traditional stringed musical instruments, signs of refined Chinese literature. The interior is divided into welcoming, layered layers that form a luxurious setting in which the richness of expression is fundamental.“

As for the exterior design, the details are very well finished, such as the chrome trim ring on the quarter panel and the cut-out in the front fenders. Thierry also points out that this general volume has been treated practically starting from the rear seats, which the Chinese like to make welcoming and comfortable. The wheelbase of the Metropolis is on first-name terms with the three metre long wheelbase, which gives the car a great deal of freedom when it comes to designing a vast space for this famous “row 2”.

Like the top-of-the-range Citroëns of the time, the Metropolis is based on the PF3 platform of the C5/C6 and therefore has hydractive suspension. Above all, however, it is an opportunity for PSA to show the Chinese market that it too is capable of delivering a powerful engine. The 270 hp V6 is chosen to be coupled to an electric machine on the rear axle, which also allows a total power output of 460 hp during the boost phase with the all-wheel drive system.

But beyond the style, the dreams and the excellent work done on this Metropolis concept car, it is imperative to put it in context. In 2010, when Metropolis is presented in China, the PSA Group is celebrating the eighteenth anniversary of its joint venture with Dongfeng Motor Group, which produces Peugeot and Citroën cars in China. Metropolis, with its Citroën logos and double chevron is therefore a vehicle that can celebrate this anniversary.

But the same year, the French group created a second joint venture, this time with the Chinese company Changan. The latter, called CAPSA at PSA (above), will be effective in November 2011 and will only produce vehicles with the “DS Automobiles” badge. All this bodes well for the future, but in Europe, the launch of the Citroën DS line has just begun with the Citroën DS3. A transition phase will then begin between the European range consisting of the future Citroën DS4 and Citroën DS5 and the range dedicated to CAPSA, which will be built as a matter of urgency. Four long years of cohabitation between European Citroën DSs and Chinese DSs will finally lead to the globalisation of the entire silhouette of the Citroën and DS Automobiles ranges and, above all, to the creation of the DS Automobiles brand worldwide.

This text is partly taken from the book “Citroën concept cars and prototypes” (above) dedicated to the history of the Citroën style from 1960 to 2019. To order here: https://www.bjbeditions.com/products/concept-cars-et-prototypes-detudes-citroen 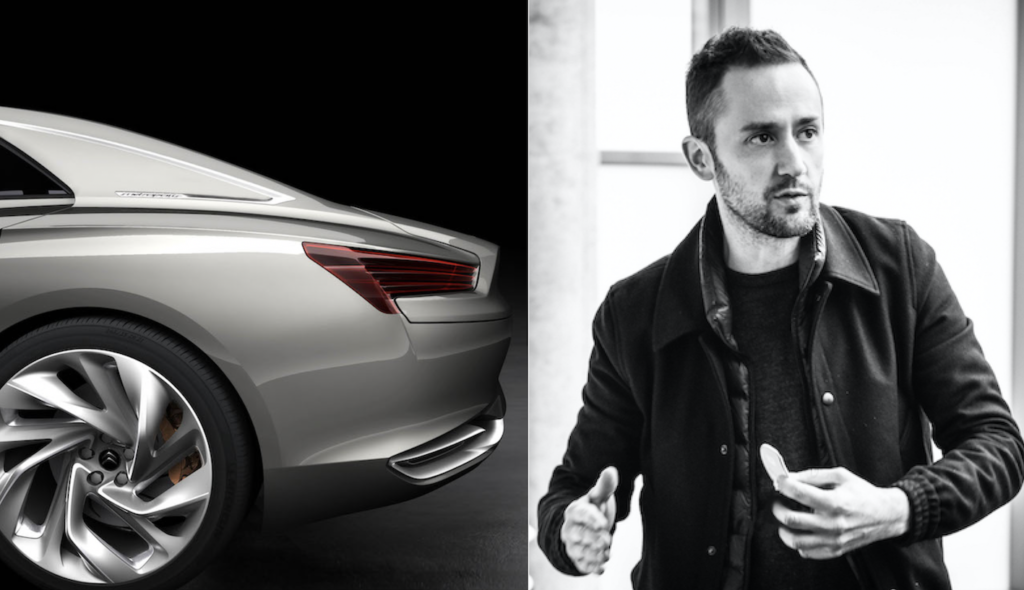