Wolfsburg is Volkswagen’s oldest production site. It was founded just before the outbreak of the Second World War in 1938 at the initiative of the Nazi regime and today remains one of the largest production sites in the world.

It covers more than ten square kilometres. The different generations of Golf have been produced there, as well as the Tiguan and Touran. The production of this site was 790,000 vehicles in 2018. The factory has 20,000 employees.

Below, thanks to this Google Earth sky view, we can better understand why Wolfsburg is THE city of VW: the industrial site is larger than the city itself!

Despite its age, the complex is going green and, by 2022, the two plants will switch from coal to natural gas, with additional sites run by renewable electricity.

In this vast industrial complex, the manufacturer set up its study and research centre and design office from the outset. The Volkswagen design centre in Wolfsburg is thus quite far away from those of its competitors Ford in Cologne (376 km) and Opel in Rüsselsheim (385 km).

In the Google Earth photo above, we have an overview of the Wolfsburg plant.
In 1: the Autostadt, which you must have visited at least once in your life (https://www.autostadt.de/)
In 2: the famous mythical chimneys of the ancestral VW factory
In 3: production plants
In 4: the marshalling yard for deliveries
In 5: the buildings in which the design centre is located
In 6: the test centre with a dedicated track

THE TRACK AND THE TEST CENTER:

The design centre is located at the entrance to the factory’s marshalling yard and the test centre with its oval track. It has evolved further from its Google Earth photos but remains at the heart of the industrial site, like the Mercedes plant in Sindelfingen (see here: http://lignesauto.fr/?p=18850).

This design centre in Potsdam was established in January 2006 and joined the existing Design Centre in Wolfsburg. At the opening, Murat Günak, who was still responsible for design for the VW Group and brand, said that “two studios, one brand: the design centres in Wolfsburg and Potsdam are two solid pillars for the future design of the Volkswagen brand”.

Volkswagen chose Potsdam because it offers an adequate infrastructure, has always attracted creative people as a city of art and culture and, last but not least, because it is located right next to Berlin.

The Potsdam Design Centre carries out Group design activities, while the Wolfsburg Design Centre is responsible for the design of Volkswagen commercial vehicles.

Drawing less than 40 kilometres from Berlin is undoubtedly preferable to staying in the heart of the mythical Wolfsburg factory. All the more so as the architecture and the environment of this site are very pleasant!

But if a designer wants to go even further, the Volkswagen Group can also count on six other external sites, similar to the one in Potsdam: on the US side first of all with a new studio set up in 2016 which replaced the design centre in Santa Monica (below the Audi Cross Cabriolet concept designed in Santa Monica) which closed its doors in November 2016.

At the same time, Audi opened its first American design studio in Malibu, California. The studio in Santa Monica, which employed about 80 people, was taken over by… Snapchat. The US-based VW Design Center in Silicon Valley, which is an extension of the VW Electronics Research Laboratory, has no modeling workshop and was designed at the same time as the one in Potsdam. In Mexico, VW can rely on its studio in Puebla. Further south, VW is of course present in Brazil with its design centre in Sao Paulo .

… and one finds VW of course in China in Shanghai but also further north in Changchun.

That’s it, we can put the plane down – or rather shut down Google Earth. After this trip, we hope to see you soon on the flights of LIGNES/auto . 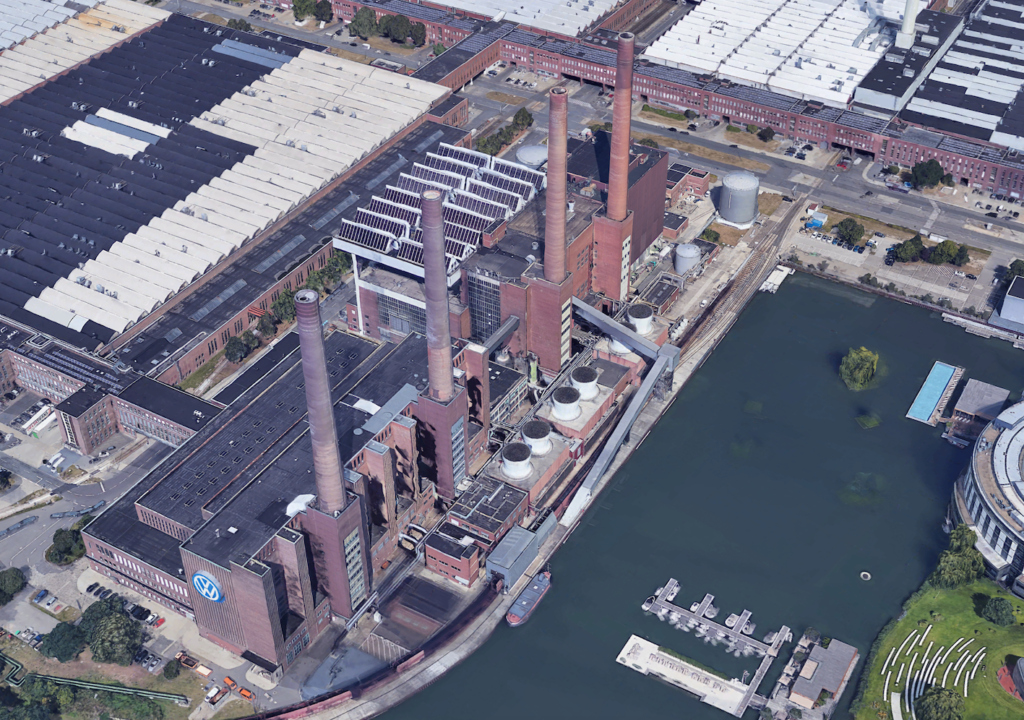