A funny situation, to say the least, for the enlightened fans of automotive history. This year, Citroën and Renault have both unveiled an SUV concept car designed for the same segment: the small crossover segment, which is making a killing in terms of sales. While the Renault 4EVER Trophy heralds a production model (the R4 of 2025), the Citroën OLI is an exploratory manifesto full of ideas for future Citroëns.

Why is it funny? Because more than sixty years ago, Renault presented its R4, which made the Citroën boss of the time, Pierre Bercot, scream. For him, the R4 was nothing but a plagiarism of his 2CV. You will read below the manuscripts of the Citroën boss who was ready to sue the then Régie Renault… Today, peace reigns between the two manufacturers. Gilles Vidal, the head of Renault design, may have started his career with… Citroën, he can cross paths with Pierre Leclercq, Citroën’s design boss, without deviating from his course.

The two men are bound to like each other. 4EVER Trophy and Oli can live their lives peacefully, without a lawsuit, because the two don’t have much in common, except for their positioning (4.20 m/4.16 m) in the B segment and their crossover character. But let’s go back to the little story of the big car story, and the lawsuit that almost broke out between Citroën (Pierre Bercot) and Renault (Pierre Dreyfus) below, following the presentation of the R4.

In his book “Mes années aux usines Citroën” (private document, “la pensée universelle”), the post-war Citroën boss, Pierre Bercot, describes the detestable relationship he had with his counterpart at the Régie Renault, Pierre Dreyfus. In more than twenty pages, he describes his determination to sue for unfair competition by asserting and detailing in writing the similarities between his 2CV and the Régie’s R4. A trial that never took place because, as Pierre Bercot writes, “Citroën was made to understand that they would not plead against the State”!

“One day in November 1958, a meeting organised by a local private banker took place at Michelin’s premises on Boulevard Pereire. The initiative had been taken by the President of the Régie Renault. In addition to himself, the managers of Michelin and the representatives of Citroën were present (…) The President of the Régie asked Michelin to give him a majority stake in Citroën, making a point of paying for it within two years with the help of the State. The answer was negative, without discussion and firmly negative. The applicant insisted (…) and the answer remained no. And the President of the Régie, at the end of his patience, stood up, banging his fist on the table and concluded the meeting with the following words: “That’s fine, I’ll use all the means at my disposal.

“It has been said everywhere that the R4 was an imitation of the 2CV (…) The list is long of the design and manufacturing elements that Renault copied purely and simply from Citroën. Renault used these elements without the expenses incurred and the years of study to achieve these results being shared in the burden that this constituted for Citroën. (…)”

“Renault waited until the Citroën experiment had produced its results before adopting it purely and simply and reaping the fruits of its studies (…) Renault went to the end of its evil deed; it wanted this copy to be seen: the design and the shape of the seats of the R4 are exactly the same as those of the 2CV; the gear change is reproduced exactly in its external shape on the R4 (…).

“The advertising presentations in the leaflets are themselves identical (see above). Renault at the show shows a family having lunch on the grass, sitting on the benches that were taken out of the car: this is indeed the image that Citroën had more than once presented itself to customers.”

There followed a long exchange of letters from Pierre Bercot to his counterpart at the Régie. The first letter was sent to Billancourt in October 1961. It mentions the common elements between the 2CV and the R4: “(…) the front end of the body is identical in every respect to that of our car. These new solutions were adopted by the Régie, which had no expense to find them.

“It appears to us that Renault’s 3-4CV car is a copy, in many respects, of the 2CV and that the Régie Renault has not complied with the rules of fair competition. In 1962, meetings between Citroën representatives and the Ministry of Industry took place, without any conclusive result. “A second and then a third letter (in 1963) were again sent without more success. All this left the affair to fester and gave rise to an enormous resentment for Pierre Bercot towards the Régie. In the end, it was not Renault who bought Citroën, but… Peugeot, in 1974. 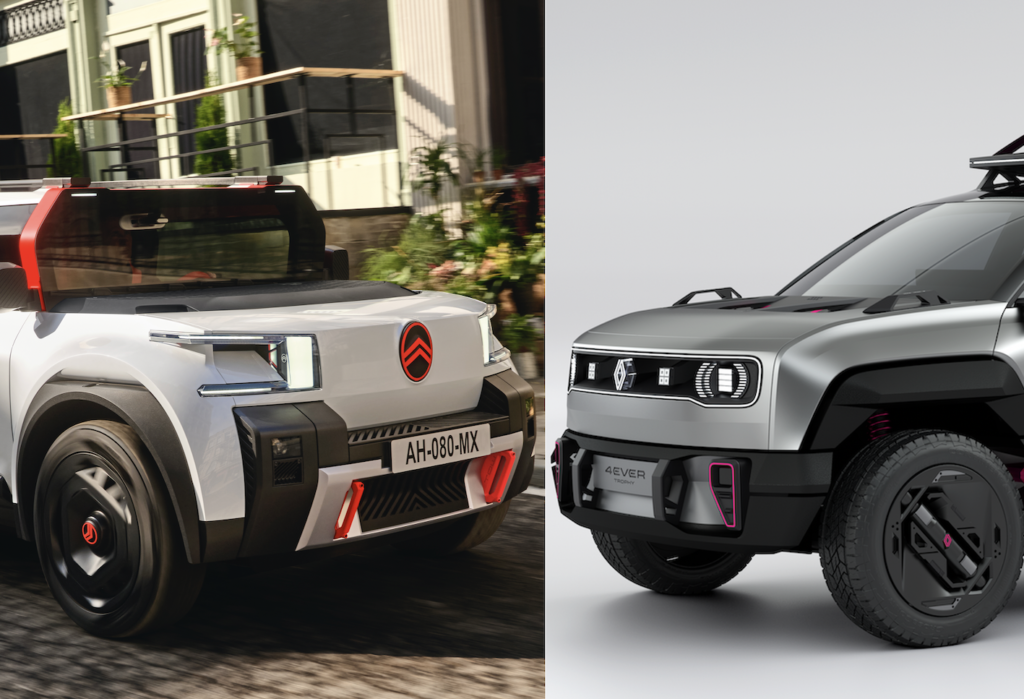