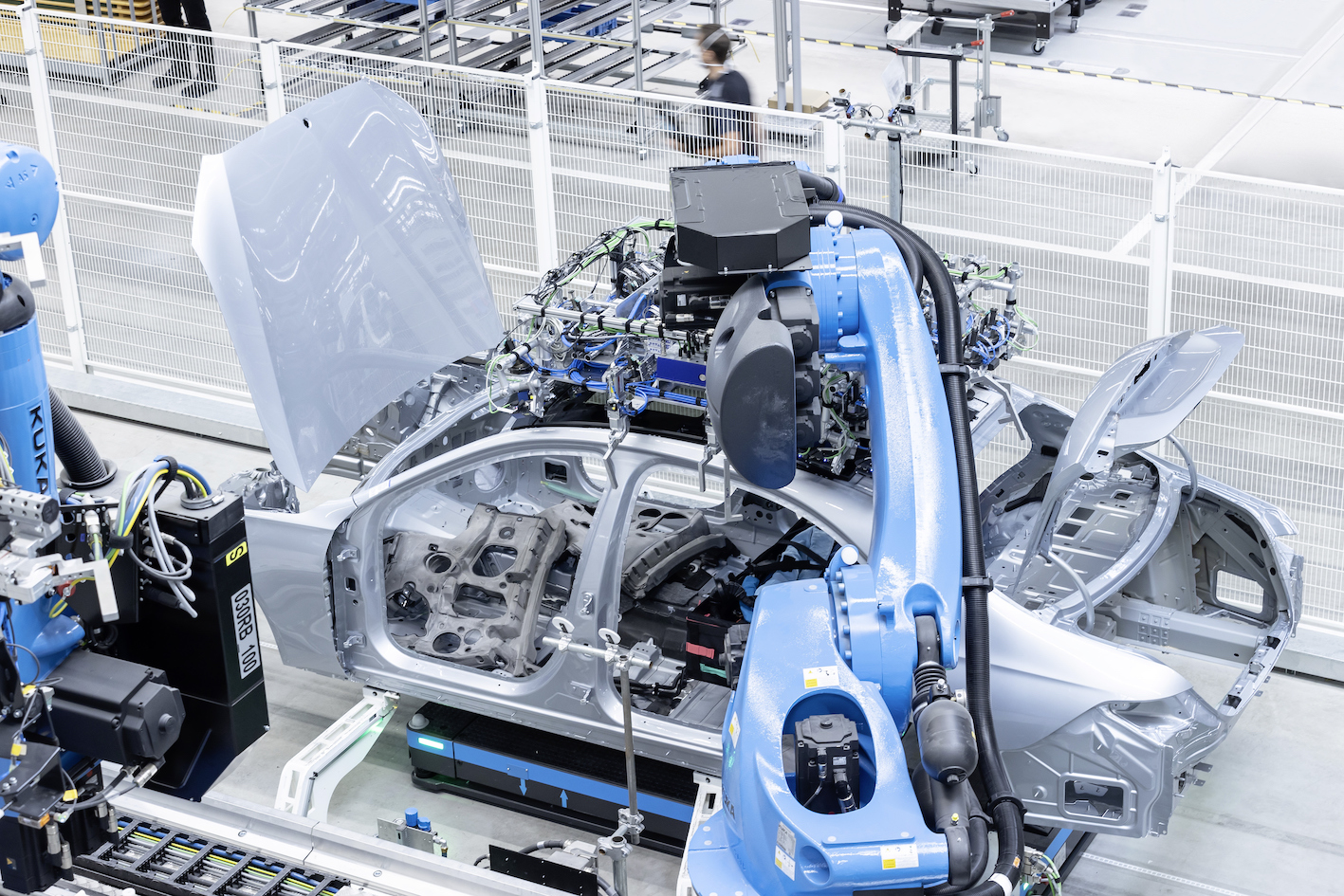 Markus Schäfer, Member of the Mercedes Board of Management, Head of Group Research and Head of Operations at Mercedes announces “By opening Factory 56 today, we are putting the most modern and digital factory we have ever had into operation”.

Markus Schäfer: “At the same time, we are starting production of the new S-Class, which will take individual mobility in the luxury segment to a whole new level with its pioneering innovations. The new S-Class dominates the field of digitisation with MBUX and head-up display in augmented reality. Both – the Factory 56 and the new S-Class – point the way to the future”.

It took nearly three years and a colossal investment of 730 million euros to bring this jewel in the heart of the Mercedes industrial (and design) complex in Sindelfingen out of the ground. That is the equivalent of two developments of new models…

On a single level, the Factory 56 is able to carry out all the assembly stages of vehicles of different shapes and different powertrains, whether thermal or 100% electric. Initially, Factory 56 will produce the new generation of the S-Class and its long-wheelbase version. The Mercedes-Maybach S-Class and the EQS, the first 100% electric model of the new S-Class family, will follow and will also be produced on the same line. The assembly hall is 100% flexible, so that all Mercedes models – from compact vehicles to SUVs – can be integrated into the current production in the shortest possible time.

In the ultra-modern factory, the new digital infrastructure with WLAN and 5G network is the basis for a complete digitisation. It uses Industry 4.0 applications – from intelligent devices to megadata algorithms – and makes systematic use of digital production technologies.

DISCOVER THE NEW S-CLASS BELOW

In addition, the Factory 56 is completely dematerialised: thanks to the digital tracking of each vehicle on the line via a positioning system, the vehicle data relevant to the employees are displayed on the line in real time using digital cameras and display screens. All in all, this will save around ten tonnes of paper each year.

The Factory 56 operates on a CO2 neutral basis from the outset and will therefore be a zero-carbon factory. Overall, Factory 56’s total energy requirements are 25% lower than those of other assembly facilities. The roof of Factory 56 houses a photovoltaic system that supplies the building with self-produced green electricity, which is sufficient to cover approximately 30% of its annual energy needs.

Compared to the previous production of the S-Class, the new plant allows a 25% gain in assembly. Ola Källenius, Chairman of the Management Board of Daimler and Mercedes-Benz said that “we have succeeded in combining flexibility, efficiency, digitisation and durability. This benefits the people who work here at our production site in Sindelfingen, our group and, of course, our customers. Factory 56 thus defines the future direction of automotive production at Mercedes-Benz: resource-friendly, connected and flexible. Because we see the transformation of our industry as a holistic task that includes products as well as the entire value chain”.

Finally, Factory 56 is a sign of the group’s commitment to the Sindelfingen factory and its long tradition. With its substantial investments as part of its vision for the future, Mercedes-Benz is making a major contribution to safeguarding the future and jobs at the Sindelfingen plant, thereby supporting the entire region.

TO READ ALSO : THE DESIGN MERCEDES

Since the establishment of the plant over 100 years ago, Daimler has been more than just an employer for the cultural and social life of the region. As a neighbour and partner, the Mercedes-Benz plant in Sindelfingen is an integral part of the diverse life of the town.