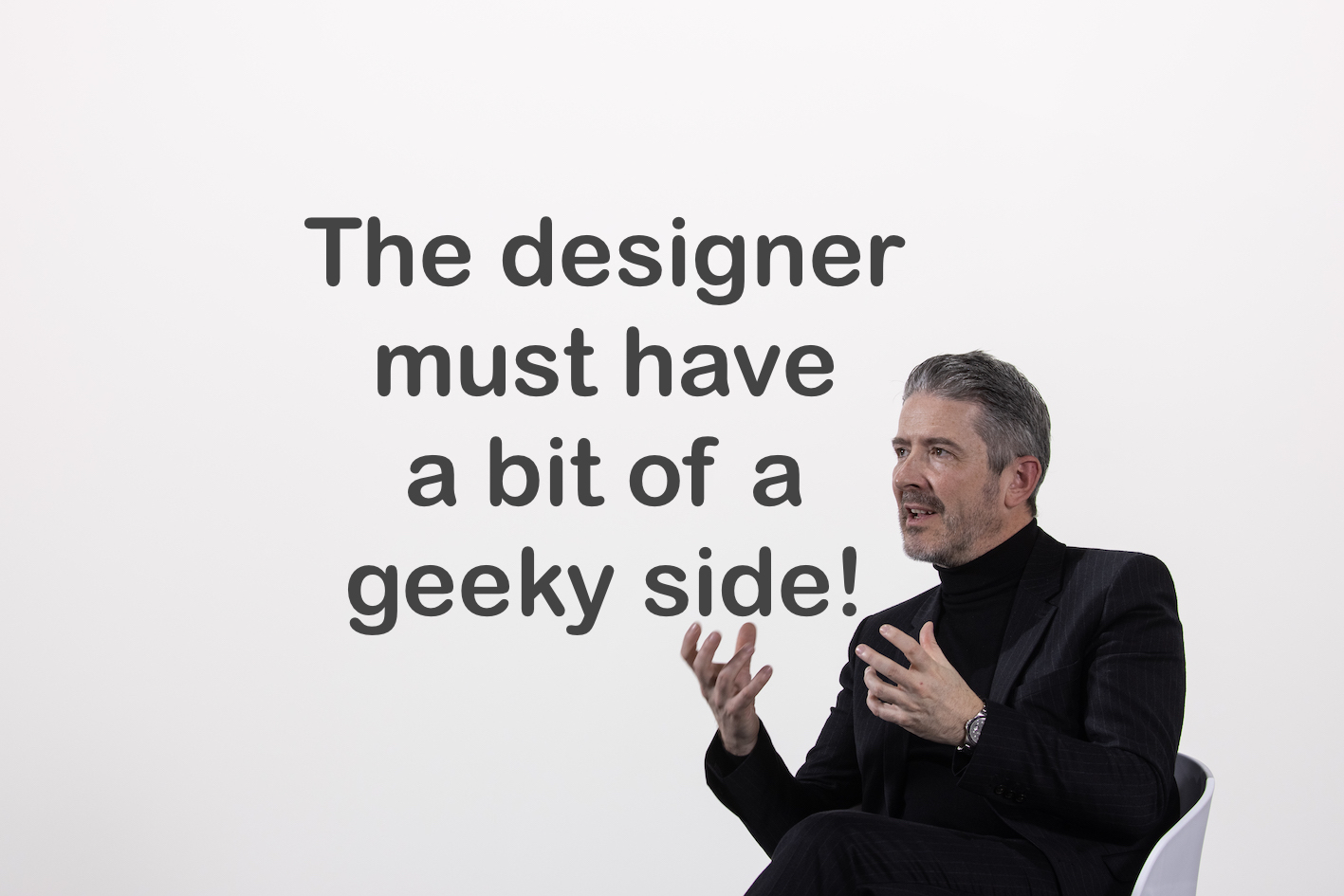 On the occasion of the presentation of Renault’s new compact SUV, the Austral, we met Gilles Vidal, Renault’s design director, to take stock of the situation 18 months after his arrival at the French manufacturer.

Renault has unveiled a first image of its upcoming concept car, above. Is this your first baby, 18 months after your arrival at the head of design?
Gilles Vidal: “Yes, we can say that this is the first real expression of the new team. But there will still be other vehicles that will come out in series before the production version of this concept car.”

The Austral was unveiled today. In terms of design, was it a desire to use some of the codes of the electric Mégane on this SUV?
G.V.: “Not necessarily. At the front of the Mégane, there is something a little different. The Austral, which is the engine, has a more generous grille. It has taken over the sport blade at the base of the bumper from the higher versions, which was added after my arrival. In terms of shape, there is this idea that began to be cultivated before my arrival with a mixture of generous shapes and sharp folds, more structured with elements like the more technological lights. Mégane and Austral are the beginning of this philosophy that we are going to develop. This is our common thread.”

Alongside the Austral, we can see with the Mégane E-TECH that the proportions of electric vehicles give rise to new volumes, like the almost ovoid Mercedes EQS! Is this a major trend?
G.V.: “The era of electric vehicles offers us more options, such as the “one box” style that you mentioned, with small noses, a forward windscreen and always this aerodynamic research. There is a whole area of design that is returning to this design that I would call ‘aquatic’, very aerodynamic, even hydrodynamic. We are seeing this phenomenon with the Tesla and the latest Chinese electric cars.”

Will all manufacturers follow this path?
G.V.: “Be careful, we still have to keep a strong personality, know how to differentiate ourselves, find our way, our way of doing things!”

On board L’Austral, above, we can feel that you have caught up with your competitors…
G.V. : “It was already underway when I arrived. Renault wanted to move the lines on the interior design. We are looking for something which is revolutionary and progressive but which makes sense in terms of experience, of a “car to live in”, particularly by taking care of the ergonomics, the interaction and this intelligence of use. The arrival of the OpenR screen becomes the backbone of the dashboard. Yesterday, we designed a beautiful dashboard and put in the technological evolutions. Now we design the interaction (screen, ergonomics, architecture) and create a beautiful aesthetic around it.”

Is it no longer the same job for interior designers?
G.V.: “Let’s just say that it’s a real job for designers, not stylists! But interior designers, apart from UX (User Experience) specialists, basically know how to handle this type of thing. After that, it’s not just the OpenR, there’s the whole ultra-progressive side in terms of shapes, for the dashboard as well as for the console, the controls, the door panels. Everything is coherent in a rather new form language.”

The horizontal air vents across the width of the dashboard evoke the ventilation of the innovative 1965 Renault 16, was this intentional?
G.V.: “What we didn’t want was to overplay the design of the vents in terms of appearance or presence… The two verticals on the left and in the centre are hidden in the Open R. It looks simple like that, but it’s complicated to design! It’s fine construction, and very interesting. I think the engineers have been very good at this, because it’s impeccable. The air vents go unnoticed, and the eye is drawn to the beautiful shapes and decorations on the dashboard.”

There are between 10 and 100 million lines of code in the software of a car in 2022 and up to 300 million lines of code are expected in autonomous and fully connected cars. To be up to date with this future, you hire designers from the world of video games!
G.V.: “Like all manufacturers, we have cross-functional UX (User Experience) teams. But it’s true that some designers can come from the world of cinema or gaming. Of course, hiring them is more complicated, but we anticipated this revolution about ten years ago! From the start, we had the intuition not to put designers trained in the automotive industry into these new UX universes. We had to create teams with people who came from elsewhere, who mastered this aspect. And these teams had to be relevant to the automobile. Today’s designer must have a little geek in him!”

You’ve been Renault’s design director for 18 months now. Has this involved a lot of change in the teams?
G.V.: “In fact, there have been changes for everyone because when I arrived, all the group’s design was being reorganised by brand, which was not part of Renault’s heritage. The designers could design a Renault, an Alpine or a Dacia before this reorganisation.”

At PSA, you were used to this operation by brand…
G.V. : “No, it is not quite the same thing, because Renault was a single brand. It was not external brands which were added to the portfolio, but brands which came from within, like Dacia or Alpine and Mobilize. The culture was different. When he arrived, Luca de Meo imposed business units per brand, with CEOs and design managers per brand. This was a big change for the design teams. Then there was a voluntary departure plan for both engineers and designers. For each departure in my team, I recruited a new designer and today I have no less than seven new designers! So, yes, for me, who had just arrived at Renault, it was new, but for the historical designers it was also a real change of organisation.”

How many pure creatives do you have in your team?
G.V.: “The design team under my responsibility is 65 people for pure creation, and you have to add the shared services, the cross-functional teams such as the model makers, the CAD, and therefore add almost as many people. It is an activity of 120-125 people for the design of the Renault brand.”

Read our updated investigation on the designer mercato between Renault and Stallantis: http://lignesauto.fr/?p=24293

Do you have your own studio dedicated to Renault, like in a bubble?
G.V.: “No, you have to understand how we are organised at design. There is a mezzanine with the designers, it is open even if each team is grouped by brand. Underneath, there are the workshops with well-defined areas. It’s not closed, we can exchange. And as I have a lot of projects in progress, I have models in every corner!”

The autonomous car seems to be asleep today…
G.V.: “Probably because all the manufacturers have had to invest heavily in electric cars. However, technically, it is not complicated to put all the technical bricks in place for it to work. Perhaps we should also ask ourselves whether the acceptability to the user is established.

Thanks to Gilles Vidal for his time and to Renault Communications for organising this meeting.

The AUSTRAL in pictures