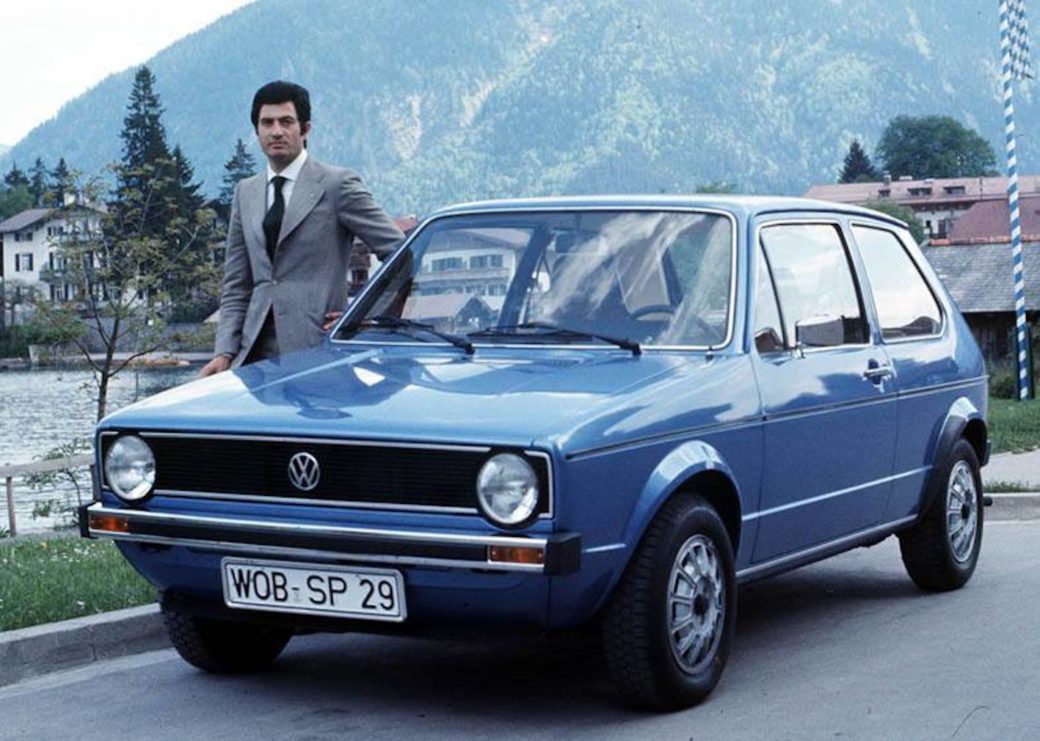 Giugiaro revealed to us during an interview in LIGNES/auto paper version the little secrets of a genesis that almost turned into a fiasco !

« The Golf project was born at the end of the 1960s. A group of Volkswagen engineers accompanied by the Italian importer came to the Turin Motor Show in 1969 and, in December, the group called me and told me that VW was asking me to design a car that could replace the Beetle.” At that time, Italdesign had only recently existed (1968) and had just finished the Alfasud project for Alfa Romeo…

“Obviously, I am delighted and on January 1st, 1970, I am in Wolfsburg where the managers are actually telling me that they want Ital Design to work on a whole range of models and not just one ! I was completely amazed, I had a form of deep respect for these Volkswagen people but I found it incredible that they entrusted me with so many projects. I then asked the VW importer in Italy why VW had chosen me over Bertone or Pininfarina. He replied that during their tour of the Turin Motor Show in 1969, of the six cars they had selected, four had been designed by me. The general manager of VW thought that if, out of six cars, four had been designed by Giugiaro, VW would be quiet: Ital Design would necessarily find the right solution! What’s completely crazy is that they wanted to sign a ten-year contract with me…”

“We got to work very quickly and in May, we first presented the Passat and then in August, I presented the Golf. I remember that the VW managers came here from Germany to see the prototype, but at that time, the leaders were no longer the ones with whom I had my first discussions. Then I thought it was all over; I called Mantovani and told him that his ten-year contract was over ! In fact, one of VW’s new managers came from Audi. He wanted the Passat to be based on an Audi platform and he also wanted to launch the Audi 50 rather than the Golf…”

“Besides, he didn’t like our Golf, he didn’t understand it, but the industrial situation was so bad that the shareholders decided to go ahead and produce our project. The boss was not happy, but he was obliged to respect the shareholders. We were saved !”

If the presidency of the time did not smell like a Golf, Giorgetto Giugiaro believed in it: “I was quiet because I was basing myself on my instincts…” After the Golf, relations with VW were less productive. “There was no further action. We just collaborated on a prototype up to the assembly lines. We also built the Audi 80, but more with the same dynamic spirit that drove the old management. Then VW created its own design office, Audi also…”

Five years ago, for the 40th anniversary of its jewel, Volkswagen celebrated the anniversary of the Golf Golf: “the most popular European car of all time: the Golf. To date, more than 30 million copies have been sold worldwide. The Golf has always reflected the technological advances of its time.”

“The very first Golf left the Wolfsburg assembly lines on March 29, 1974. She arrived in May at the dealerships. At a time when the Beetle was in the spotlight, with its rear engine and rear wheel transmission, a new era was beginning: that of the front engine in a transverse position and the transmission to the front wheels. This transition had been initiated shortly before by the Scirocco coupe and the Passat sedan introduced in 1973, the first Volkswagen with traction after the K70 inherited from NSU.”

“Designed by Giorgetto Giugiaro, the Golf had the difficult task of succeeding the Beetle, the most popular model in automotive history with more than 21.5 million units sold. The challenge was met: with its safe and modern transmission, excellent interior space and attractive design, the Golf was able to celebrate its one millionth model in October 1976.”

“The first generation Golf reflected the latest technological advances and automotive trends of its time. The first Golf GTI (1976) helped to boost this segment. Similarly, the Golf D (naturally aspirated diesel, 1976) and, later, the Golf GTD (turbodiesel, 1982) helped to establish diesel in the compact segment.”

“In 1979, Volkswagen launched the Golf Cabriolet, the world’s best-selling convertible to date. The first generation Golf sold 6.99 million units, including body variants such as the Convertible, but also the Jetta.”

A few months before the presentation of the eighth generation of Golf (which will be showcased by the compact VW I.D. 100 % electric at the Frankfurt Motor Show) it was good to find its simple shapes, so obvious 45 years later. But it took Giugiaro’s genius to make this obvious, at a time when Volkswagen was totally reinventing itself….