Electric, of course, but also avant-garde in the choice of materials and design. The Lexus LF-30 breaks with the architecture of the latest so-called futuristic concept cars and joins the closed circle where the Renault Ultimo and Citroën 19_19 already dominate. Set a course for 2030 !

Lexus will launch its first electric vehicle before the end of the year and from next year, will be able to benefit from a new, more compact platform to power its 100 % electric range in order to reach cruising speed in 2025. Like so many others. But in Tokyo, Lexus gave its vision of the electric and autonomous vehicle with the LF-30 concept.

This new concept is generous in size with a length of 5 meters and a design that finally seems to break with the classic architecture of combustion engines. We will classify it in this way with the Citroën 19_19 and Renault EZ-Ultimo, all three of which will propel us into 2030. It’s just in a small decade….

Let us note, for example, the desire to make the engine hood disappear. The manufacturer took the opportunity to integrate light patterns on this front panel to identify from the outside whether the vehicle is used in its normal mode or in its autonomous driving mode.

The Lexus LF-30 Concept has four electric motors, housed in each of the four wheels. This traction chain already seen is not yet present in series. It offers the advantage of being able to manage both the transmission (traction, propulsion or all-wheel drive depending on the moment) and the rotational speed of each of the wheels during a change of heading, a turn or a large curve. This increases stability.

The Japanese concept therefore challenges the powertrain, the style but also the choice of a fully programmed interior to delegate driving. But here again, Lexus pushes the sliders a little further with a cockpit designed on the basis of the Lexus concept of “Tazuna”. He is inspired by riding and how to guide his horse through a single rein. This translates into a simple dashboard and, above all, into interfaces with gesture commands and an improved presentation of information through augmented reality.

The layout of the front passenger seat echoes that of a first-class seat on an airliner. All controls are within easy reach and a large signalling control screen for the passenger seat contributes to the comfort and convenience of the cabin.

A glass roof above the rear seats has a voice control and a gestural “SkyGate” display window that uses augmented reality to display various types of information, such as a realistic starry sky, passengers’ favourite videos, and even navigation.

In addition to its unique design, the interior also indicates the direction of luxury of the next generation of the brand’s models by using sustainable materials to reduce the environmental burden. “Yakisugi” (cedar), a traditional Japanese material, is used for the floor and steering wheel, while recycled metal has been transformed into fibres for the creation of the door trim with a pleated effect.

On-board artificial intelligence distinguishes the voices of the occupants and uses the personalized information stored on the driver’s control key to adjust the air temperature or hi-fi for each of the occupants.

The question we still have to ask you is : which of these three 2030 sedans (Lexus, Citroën, Renault) would you choose ? 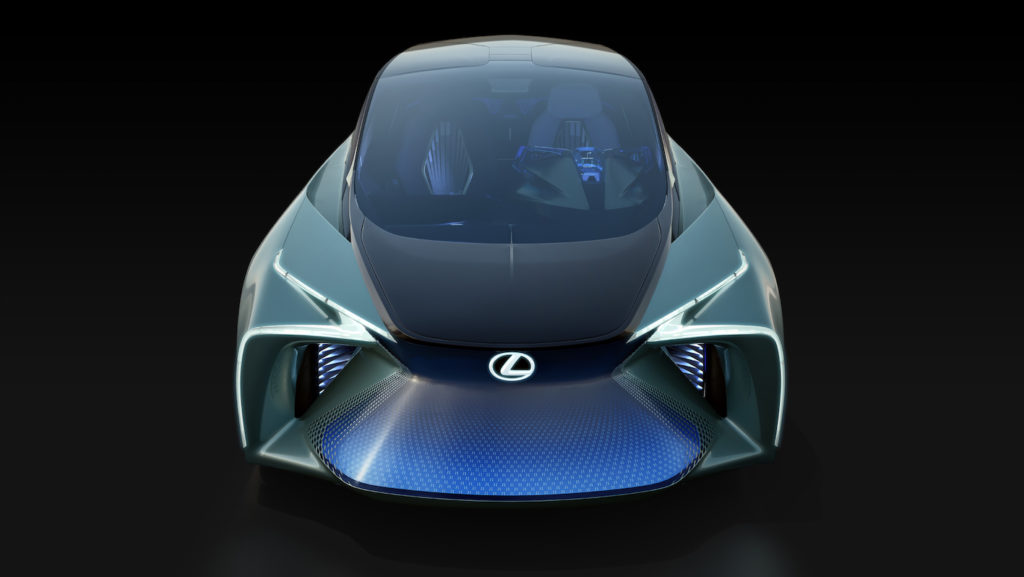