Which manufacturer will dare to take the plunge and offer its designers carte blanche to propel us into the 2050s with a totally new design thanks to the “hydrogen” powertrain?

BMW has just presented its second generation hydrogen powertrain, which will be adapted to the i Hydrogen Next concept, starting in 2022, in small series production. This powertrain, designed in collaboration with Toyota, requires above all the production of “green” hydrogen before going into mass production. For the rest, everything is ready (see video below).

Klaus Fröhliche, member of the BMW Board of Management and responsible for research and development is clear : in 2023, 25 new models of the BMW Group will be electrified with new rechargeable, 100% electric hybrids, and in 2022, a small series of this BMW i Hydrogen Next.

Below, detail of the drive train with the fuel cell at the front, the electric converter located underneath, then the two hydrogen tanks (at 700 bars) and finally the electric motor positioned on the rear axle with the battery for recovering energy during braking.

BMW is thus relying on its very active collaboration with Toyota, which has acquired a great deal of experience in fuel cell technology, while BMW is emphasizing its mastery of the hydrogen powertrain.

As early as 1979 with its 520h sedan, BMW propelled its first car with hydrogen (below). In 1997, BMW was able to present its own fuel cell (which produces electricity with zero emissions, just water discharge !) and from 2013, a prototype derived from the BMW i8 was tested with a fuel cell and an advanced powertrain.

Klaus Fröhlich points out that the research approach in this field is the same as that which has led to the development of an electric range. From 2021, BMW expects to sell 1,000,000 EV models, hydrogen will follow the same methodology in the longer term in order to offer solutions to customers and markets that do not have the same needs.

This flexibility, which Klaus Fröhlich sees as necessary, will then be taken to the next level with four very different technologies. And this is where LIGNES/auto comes into play, since the first three technologies (thermal, rechargeable hybrid thermal and 100% electric) are all based on the same design architectures, with little differentiation.

Looking at the BMW i Hydrogen Next (above), the probability is high that it will be the same with the hydrogen powertrain, which is much more bulky than the 100% EV with large tanks in particular.

Which manufacturer will dare to take the plunge and offer its designers ‘carte blanche’ to propel us into the 2050s with a totally new design. What they failed to do with the wave of 100% electric models. You can’t turn down a second chance! It’s up to you.

VIDEO: find out all about BMW’s strategy and the BMW i Hydrogen Next 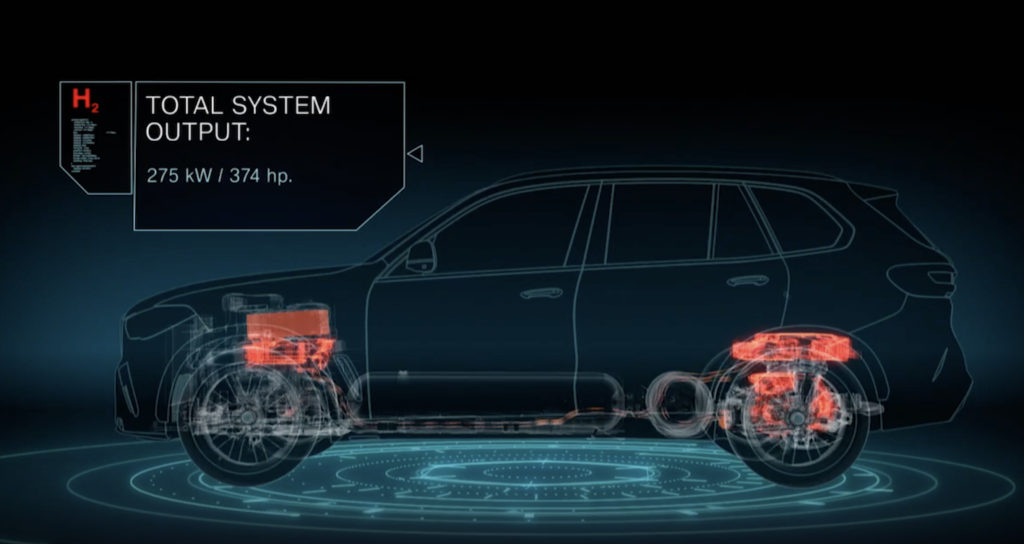