The cockpit of the Alpenglow is topped by a huge canopy in the shape of a helmet visor. Could this bubble, which gives the driver a clear view of the controls, be retained on the prototype for the 2024 Le Mans 24 Hours? This is doubtful when you look at the Hypercars (and LMDh) currently competing.

However, Alpines or Renault Alpine – or even Renault cars designed to be Alpine – with a bubble are not that rare. Starting with the A442B, which won Renault’s only 24 Hours of Le Mans race in 1978. Didier Pironi and Jean-Pierre Jaussaud were at the wheel. This bubble, intended to improve aerodynamics, had a notorious defect: it did not ventilate the passenger compartment sufficiently and Didier Pironi, who finished the race with two stints, got out of his A442B at the limits of discomfort!

There was also a futuristic project of a Renault F1 car, which became Alpine with the arrival of Luca de Meo at the head of the group: the R.S below. 2027 Vision in 2017. This modern-day F1 car also had a cockpit enclosed by a bubble, a concept that the American IndyCar Series retained in a specific variant.

Apart from the competition, the 1990 Laguna concept car designed by Jean-Pierre Ploué also had a canopy. It was sliding, to free up the passenger compartment. This Renault was clearly designed to try to revive the Alpine spirit. Patrick le Quément, then head of Renault Design Industriel, has always explained that his regret was not to have been able to push forward the projects for the renewal of the berlinette in series.

Among these projects was the 1989 W71 (below) of an Alpine with a rear mid-engine and a design very much inspired by the Laguna concept car. This project was pushed to the stage of a powered prototype. Here, Guy Greffier’s model, which was not retained, has a fully glazed cockpit. This glass roof was not present on the convertible version, also designed by Guy Greffier.

Do you like Alpine and Renault sports cars? Read the great interview with Axel Breun who was one of the great designers of Renault, and passionate about the Alpine brand. He has been involved in many projects to revive the berlinette. See below: 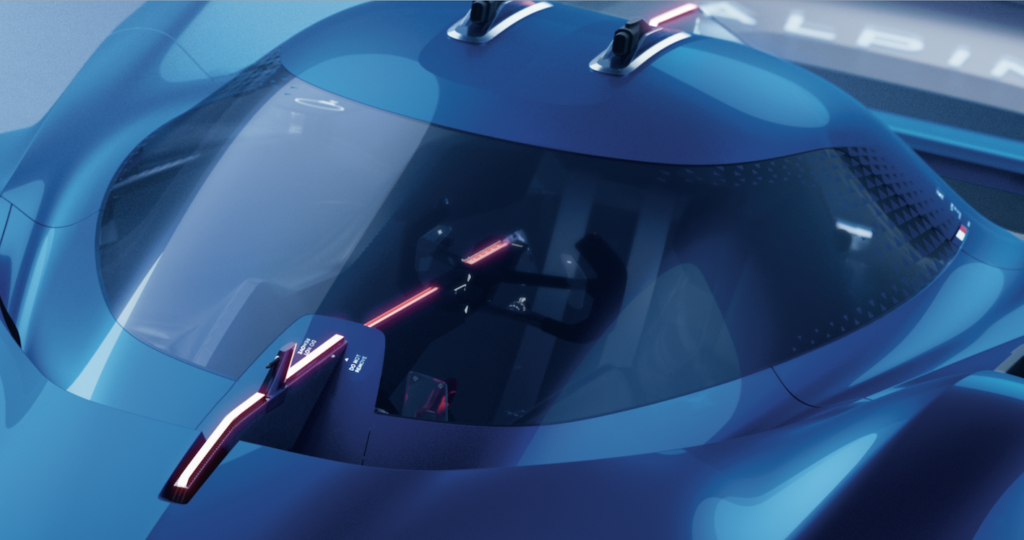