PSA and FCA are getting married. LIGNES/auto is not invited to the wedding preparations, but reveals to you what the FCA group has put in the basket: products, yes, but all but all not very fresh…

Of the seven brands offered by the Fiat Chrysler Automobiles group, some have a relatively modest reach: Abarth, Dodge, Maserati and Chrysler.
This latest label offers only an extremely limited range with only two models (300 and Pacifica), coupled with another Pacifica hybrid version (below, Chrysler’s American site: click on the picture).

Abarth is considered a brand in its own right, but its models are sports derivatives of the Fiat 500 and coupé/spider 124. Dodge, which was part of the Chrysler group acquired by Fiat in 2011, is no longer distributed in Europe.
Maserati’s offer is much higher than that of its cousins. With 5 models (below, click on the picture to access the site), Maserati has a seat that rests on a single SUV, a roadster, a GT sedan and a coupé and its convertible derivative. This prestigious label lacks an exceptional vehicle.

At first, Maserati focused on a new and very profitable activity, that of personalization. Last March in Geneva, Maserati presented the Levante ONE OF ONE (below), a foretaste of this future Maserati customization program. But customizing existing silhouettes will not be enough. It is necessary to redesign the top-of-the-range models, such as the Quattroporte: this sixth generation dates from 2013, six years already….

Of the seven brands offered by the Fiat Chrysler Automobiles group, there are still three that must be extremely profitable: Alfa-Romeo, Fiat and Jeep.

JEEP BRAND
Automobile history has seen many reversals of situations that sometimes make you smile. In 1979, Renault took over AMC (American Motors Corporation) and in the wedding basket, there was the brand… Jeep. Today, it would be up to the French rival, PSA, to take advantage of this brand !

This is all the more interesting because today’s Jeep range (click on the picture below to access the site) is consistent, even if some people imagine that it could be more consistent with an access model. A model that would probably find its place more legitimately in Fiat ? Peugeot cannot be insensitive to this “offered” acquisition on the occasion of the potential merger with FCA. Even if, on the domestic competition side, PSA will have to play finely to avoid stepping on each other’s toes with the ever-increasing range of SUVs. An imperative: that each brand retains its legitimacy and does not betray its origins.

BRAND ALFA ROMEO
As we know, Alfa-Romeo was once the brand pampered by the late Sergio Marchionne (1952-2018) to such an extent that you can see it competing in Ferrari on F1 Grand Prix weekends! The desire to promote the Italian brand in the USA is bearing fruit thanks to the recent Giulia and Stelvio, but in Europe, the Mito (which is no longer available on the French website although it appears on all group photos…) and the Giulietta are ageing and will probably not have time to wait for any sharing of platforms with those of the PSA Group to recover. This is an emergency !

Fortunately, the manufacturer has invested where there is another urgency, to be present on the SUV market in a very volume-generating segment: the “C” segment, with an SUV more compact than the Stelvio and revealed as a concept car last March. It is the Alfa Romeo Tonale (below). In 2022, another larger SUV is also expected to be unveiled and target the “E” segment of the very high-end segment.

FIAT BRAND
It is the one of the volume and the one that remains the FCA matrix. As can be seen in our table at the beginning of this post, Fiat’s offer has been considerably reduced in recent years, particularly since the early 2010, when FCA was busy breaking into the American market, particularly with Alfa Romeo. Wanting to go too fast, the construction of FCA blew some fuses and destroyed Lancia. The idea of rebadding Chryslers in Lancia was a fiasco. Reducing a brand founded in 1906 to this little make-up game has been a cataclysm for car enthusiasts. It has been more than two years since the brand disappeared from the French market. Well, the cassandras can always explain that Citroën made Panhard disappear in 1967 and that PSA killed Talbot a second time…

Read here an assumed and different point of view of our colleague from around the world, Jean-Michel Normand (click on the picture to access the article)

On the Fiat side, therefore, the offer is ageing (below, click on the image to access the Fiat website). Especially on the side of his favourite playground: small cars and compact sedan. The Fiat 500, which is sold all over the world, particularly in India, China and the United States, practically acts as the brand’s “monoculture”. We must cross our fingers to hope that the idol will be able to perpetuate his sex appeal for a few more generations !

The case of the Panda born in 1980 and since then remodelled into a modernised version is more delicate. The current generation is familiar with segment B, the small road segment. The next one announced for 2020-2021 could return to the fundamentals of the 1980 original with increased ease of use and electric motorization. This new Fiat Panda could look like the Centoventi concept car unveiled last March, which is not overwhelming in terms of concept…

This fourth-generation Panda will be produced in Poland and will be replaced in Italian factories by a possible small Jeep in the B0 segment.

But what is missing from the Fiat range is a B2 segment sedan, rivaling the VW Polo, Peugeot 208 or Renault Clio. This sedan would require a modern platform, a platform that PSA has just industrialized with its DS3 Crossback or 208. If there is one wish that must be fulfilled as soon as possible, it is this one: to design the Punto of the 2020s on the basis of the 208/Corsa.

Fiat’s masterstroke was to market its Tipo (not very popular with FCA management, however…) in Europe with three silhouettes and at prices that defy the competition. The result was not long in coming and in three years, 500,000 copies were sold during these three years, compared to 380,000 of the previous model (Bravo) in seven years! This could be the “Dacia” of this PSA/FCA merger.

Volume is the key to this PSA-Fiat merger. This small diagram below shows that if the latter merges with FCA, the total number of products sold would increase to nearly 9 million units.

This change in size would have an immediate effect on an area that seems to be the key to this potential merger: purchasing. The central purchasing office of such a group could obviously benefit enormously in various areas, in particular the suppliers of batteries for electric cars, which by 2040 will have to equip all new cars sold in France. Today, this price accounts for more than a quarter of the facial price of electric cars. It is easy to imagine that with an exponentially increasing volume, the purchase prices of these components would obviously be very advantageous for this Fiat-PSA merger. The savings envisaged with this merger (pooling of platforms and engines, sharing of product design investments, etc.) could amount to one billion euros each year! The merger would also allow the giant PSA/FCA to be present on all the world’s plates since PSA would add the United States to its hunting grounds and Fiat would strengthen its presence in Europe and China. As for Latin America, Fiat could help PSA to develop. All this remains hypothetical for the moment and what is obvious on paper can quickly become infernal in reality. He keeps in mind the failure of the Daimler-Chrysler marriage before shouting victory too quickly…. 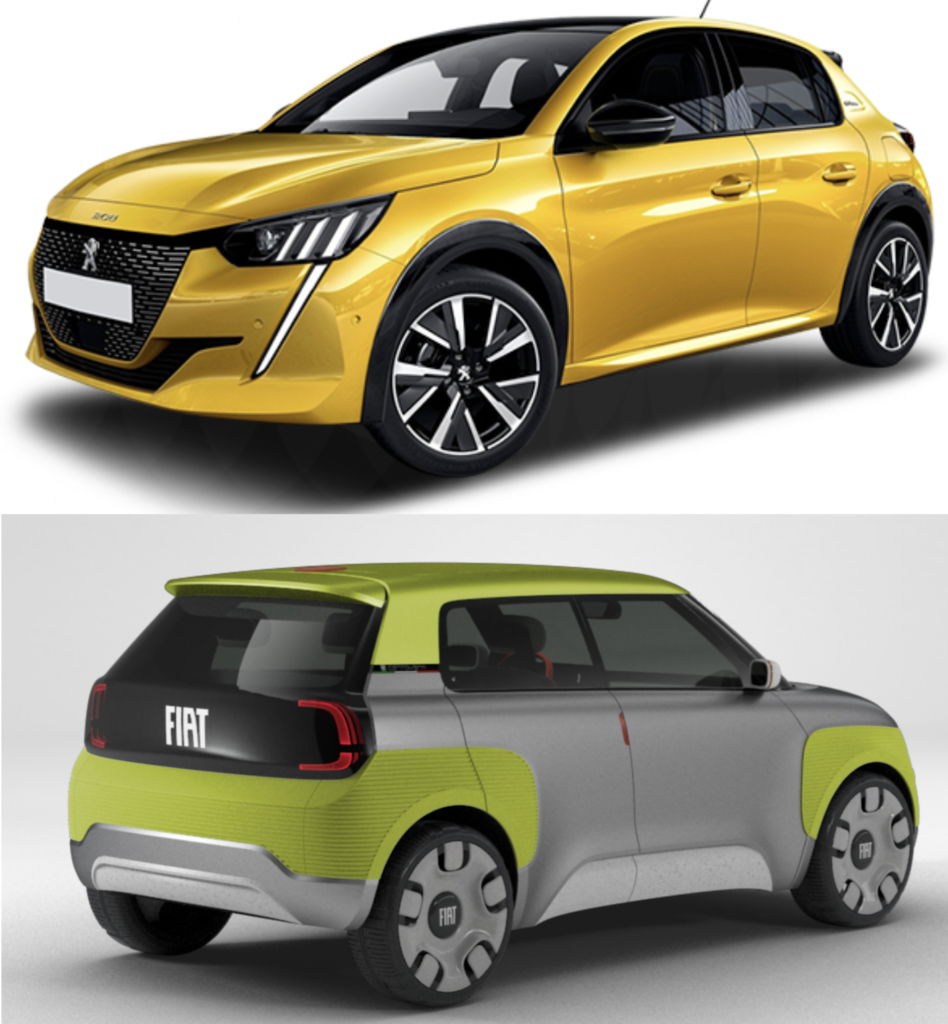