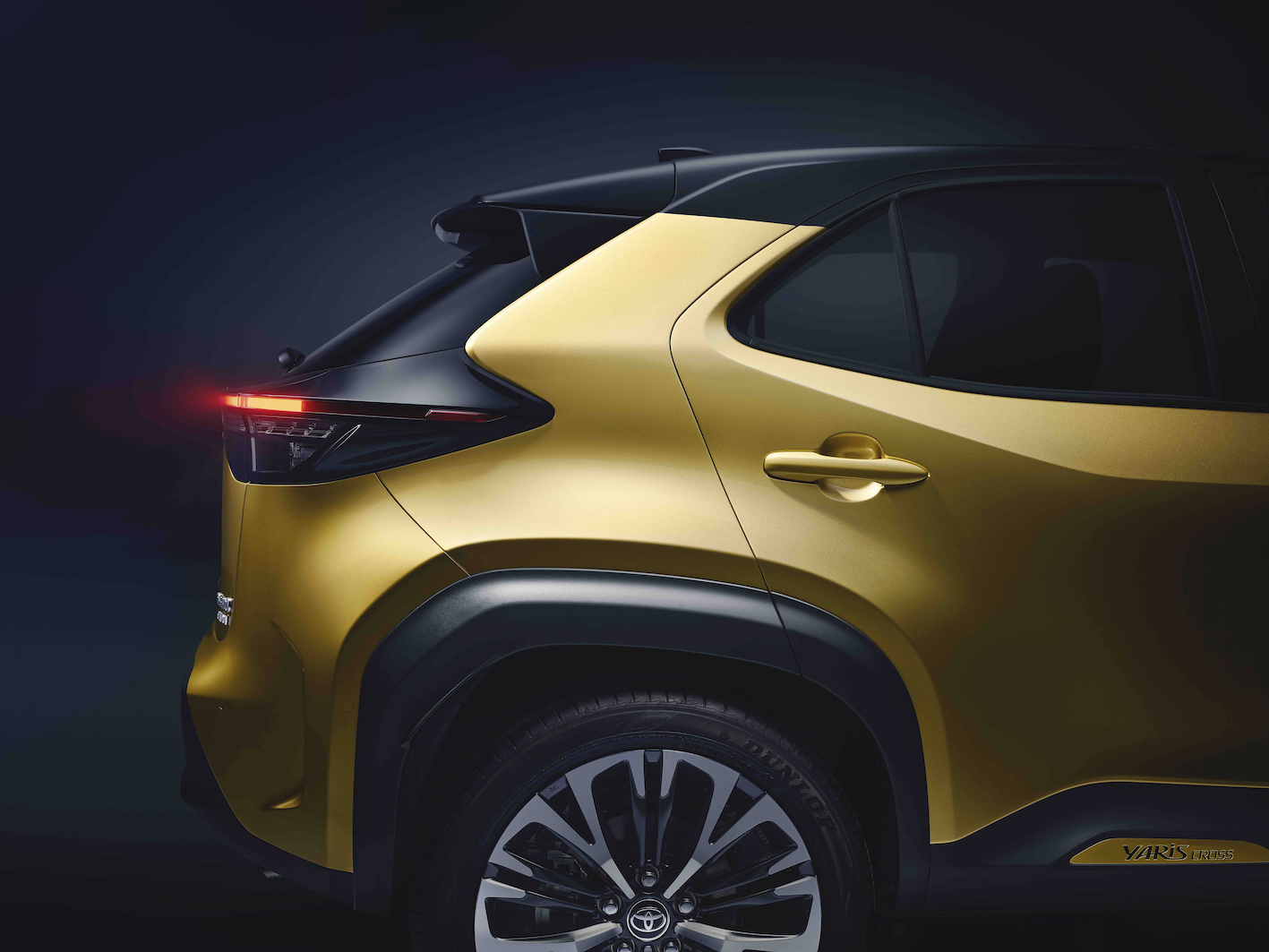 In full confinement, Toyota presented its future SUV in the B2 segment, the Yaris Cross, the obvious rival of the French references Peugeot 2008 and Renault Captur.

We’re comparing their strengths and styles because, as Lance Scott, Managing Director of Design at Toyota’s ED 2 studio says, “When we started this creative process, we realized that while style is the number one reason to buy in the B-SUV segment, drivers are also interested in practicality.“

Lance Scott goes on to explain that “for us, the car must have looked like an SUV at first glance. That’s why we raised the ground clearance, supported the horizontal axis to reinforce the impression of balance and plumbness, designed large square wheel arches and of course adopted big wheels: up to 18″! Another very important element for us was the front end. We wanted to keep the strong DNA of the Toyota SUVs, while giving the Toyota Yaris Cross its own identity“.

Let’s start, below, the static and aesthetic duel of this new Toyota Yaris Cross against the 2008 Peugeot. The first major difference is the slightly longer wheelbase, which means that the Toyota is much more compact than the 2008 model, and therefore promises at least the same interior space. In fact, it is the most compact of the three. One of the reasons for this is that this Yaris Cross is the second model – after the Yaris sedan – designed on Toyota’s new GA-B platform. The Cross will be produced in France, “more than 150,000 units per year” confirms the manufacturer.

Below, in front of Renault, Toyota is leaning at the wheelbase, but remains close to the French car in length. The Captur is the best in terms of the space-to-room ratio… on paper.

On the style side, below, we note that the balance of the masses is based on the same theme on the Yaris Cross and 2008. The two volumes (engine and passenger compartment) are clearly marked and delineated with a flat hood and a windshield pillar that’s slightly inclined and rather straight at the front, while the roof also remains almost horizontal. In (1), the wheel arches are similar to those of the RAV4 on the Toyota, and completely curved on the 2008 model. These are in fact the only curves of a tightly carved style on the Peugeot.

Below, a slightly different observation regarding the Renault Captur. The Toyota retains its taut lines to highlight a nearly straight bonnet (1) and a nearly straight windscreen pillar (2), whereas the Renault softens its lines considerably with a curved windscreen pillar (2) and a more receding roof. Is this the DNA of the manufacturer who invented the minivan that resurfaces here? The Captur’s engine bonnet (3) is curved at the end, because this Renault does not have a soft-nose, unlike the Toyota (3).

Let’s come back to the Peugeot, in front of this new Toyota, below. Here again, there is a similarity in the styling treatment with an edging line on the side that begins to rise from the rear door (3), a black roof (1) and a wide rear fascia (2) for the lights.

While it is approaching 2008 on these style themes, Toyota is moving away from them with Renault. While the two body colours remain separated at the level of the quarter panel (1), the edge line that rises sharply from the rear door (3) is not found on the Renault. The French designers preferred to generously shape the curve of the wings in continuity with the line marking the sides. At the rear, there is no headband on the Renault (2), but lights with the characteristic “C” shape.

We can see that Toyota is a real threat to the two French SUVs in terms of design, size and modernism. Fortunately for our Frenchies, the interior of the next Yaris Cross is very classic and conservative, even if its screen located at the top of the console can give the illusion. The 2008 Peugeot, which takes over the 208 sedan’s dashboard, is a huge slap in the face : the French car breaks codes, imposes its i-Cockpit concept and innovates with its 3D digital instrumentation. The Toyota takes a few years in one fell swoop!

In comparison with Renault, there is the same desire for personalisation between the two vehicles, with probably more audacity on the French side, to be confirmed when Toyota arrives on the market. However, the feeling on board the Captur is slightly different from that of its two rivals, with its high stance, certainly, but with a more curved windscreen base that inspires more dynamism.

Peugeot and Renault have until mid-2021 to fill their order books. Because in a year’s time, the Toyota Yaris Cross will arrive with a number of assets, the most obvious of which after this static confrontation are its compact size, a 116 hp hybrid version, the possibility of four wheel drive with the “AWD-i” option, (available with hybridisation and a double wishbone rear axle) and a very European style. Moreover, it was born in Sophia Antipolis, near Nice, in Toyota’s European design centre.

Peugeot is replicating with a 100% electric version already available and Renault with a rechargeable hybrid version. The French are ready. The question of the selling price of the Japanese car will then remain in front of a well placed Renault and a Peugeot at the top of the price range of this segment…