While waiting for a concept car that Citroën will present at the end of this month, the French carmaker is unveiling the tenth evolution of its logo since the creation of the brand in 1919. As announced in the press release, Citroën is inaugurating “a new brand identity”. This logo “heralds an exciting and structuring new chapter in its history.

“Reinterpreting the original 1919 oval, the new logo proudly stands as the 10th evolution in Citroën’s 103-year history. The new logo is more modern, graphic and adapted to the new digital media.”

“The new logo will appear on a concept car at the end of September, and will then gradually adorn future products and concepts from mid-2023. The new Citroën brand identity will be rolled out in phases on all communication media and at all the Brand’s physical contact points (sales outlets, workshops, etc.).”

“This change is accompanied by a new brand signature that promises to accelerate the move towards bolder, more welcoming mobility solutions for the well-being of Citroën customers: “Nothing moves us like Citroën”.

Beyond this profound reinterpretation of the logo, which will have a direct impact on the formal language of future Citroëns, we must look back at the history of the double-chevron logo, which dates back to the early 1900s.

André Citroën was only 22 years old when, during a visit to his maternal family in Warsaw, he became interested in a nearby factory specialising in gear cutting. These gears were “double toothed”, forming a chevron, also called a “corporal’s stripe”. An industrialist at heart, he acquired the patent for the manufacture of these gears, which were particularly quiet in operation, unlike the systems in vogue at the time.

Citroën demonstrated the skills of a well-informed industrialist from an early age! He quickly added the desire to innovate. Instead of machining gears from cast iron, as was the case at the Warsaw site, he decided to cut them from steel. The company he created on his return to France had to invent machine tools capable of machining this material and this « chevron » (herringbone) tooth concept.

In 1901, he installed these new machines in a workshop at 202 rue du Faubourg Saint-Denis in Paris. These workshops were gigantic, as were the gears machined here. These parts with their “double-chevron” teeth would even be housed in the bowels of the Titanic’s (below) engine room! But before the birth of this ephemeral sea giant, André Citroën moved to the Quai de Grenelle in 1910 where he set up his company “Citroën – Hinstin et Cie”. He joined forces with two former schoolmates, including Paul Hinstin. The company was soon renamed “Société Anonyme des Engrenages Citroën”.

It was during these same years that André Citroën was called upon to help the Automobiles Mors company. It was the First World War that disrupted the French industrialist’s plans. During this dark period, he produced millions of shells in his new factory on the Quai de Javel before, as we know, turning to automobile production in 1919. What is less well known is that the Citroën gear company is still very much in business! In the early 1960s, Citroën gears merged with Messian, a company founded by Robert Messian in 1920 in Cambrai.

The arrival of Peugeot and the formation of the PSA group reshuffled the deck. In 1991, CMD (“Citroën-Messian-Durand”) was sold by the French automotive group to the company Dynaction-Mecadyne. “Citroën-Messian-Durand” finally became part of the CIF group (Compagnie Industrielle et Financière de Bussy) in 2005. On the CIF website, the CMD division still exists, as you can see by visiting it here: http://www.cmdgears.com

So CMD still exists, integrated into a gigantic group with a global reach! What also still exists, of course, are the double-chevrons which, since the birth of Citroën, have become the emblem of a brand that is now more than a hundred years old… 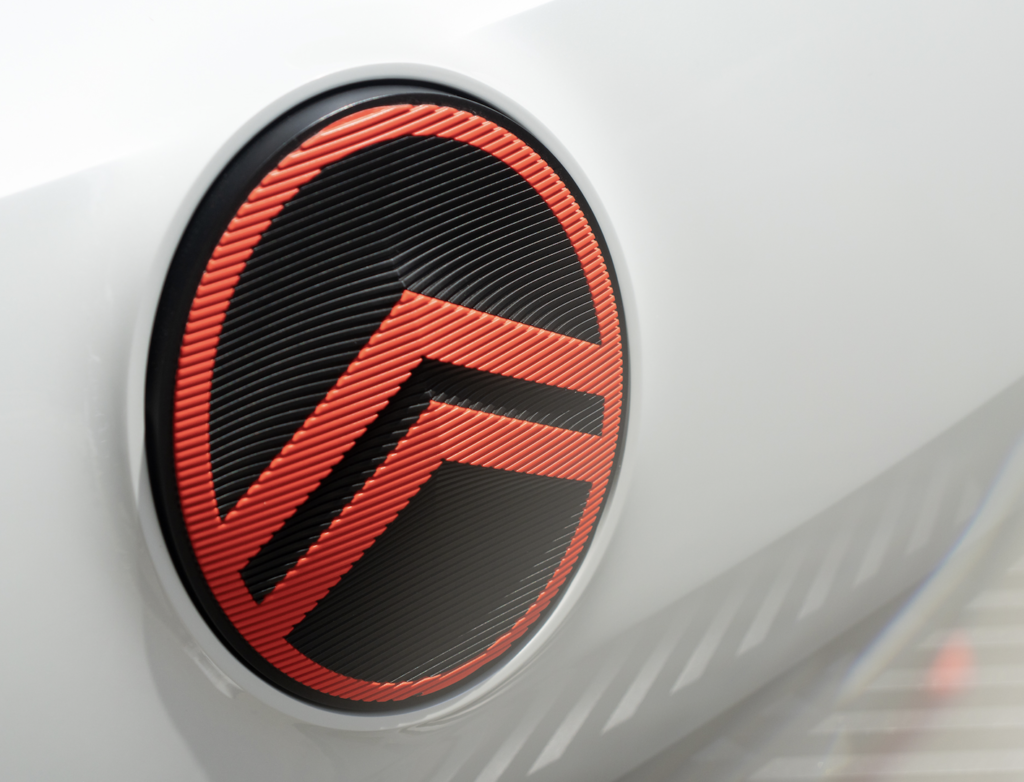