For the 30th anniversary of the SM, in 2000, I had the great pleasure of evoking the SM with its sculptor, Jean Giret (below). Robert Opron’s right-hand man, he remembered this work that marked him forever.

Almost 50 years ago, Citroën referred to its new SM coupe with these words: “It can be said that the SM model marks a difference, both in relation to the DS and in relation to other models of high-capacity passenger cars, more or less similar to the difference that exists in aeronautics between the Caravelle and the Concorde. ” Unfortunately, the manufacturer was not mistaken, the SM and the Concorde, two bastions of French intelligence, did not enjoy the glory to which they could legitimately aspire. Only 12,920 copies of SM were produced from 1970 to 1975.

But whatever the case, this emblematic Citroën remains a major milestone in the brand’s history. An SM who has fallen into the trap of the young DS brand. For its 50th anniversary, Citroën and DS have nevertheless stated loud and clear that there will be no anniversary concept car, only events with the clubs (that of the SM Club de France for example, which will organize a four-day gathering in Chantilly next May: https://www.smclubdefrance.org/calendrier-2019.html)

Let’s rewind the film. In the early 1960s, the project for a sports DS was launched in the design offices of the rue du Théâtre in Paris. Robert Opron, owner of the style from 1964 to 1975, then recalls “that it was initially a project that planned the birth of a very muscular, very sporty car. The research program developed quickly and subsequently changed. We had carte blanche, as Pierre Bercot, the boss of the time, knew how to give it. »

It was mainly Maserati’s acquisition of a majority stake in March 1968 that led the project to evolve towards the theme of grand tourism rather than the French Porsche. In addition to its Italian V6 engine, it is of course its style that remains engraved in all memories.

In 2000, I met Jean Giret (1928-2003) who was the armed arm of Robert Opron’s ideas and who succeeded in giving them an extraordinarily worked volume. “The SM remains very present in my mind” he told me that year. “And I would almost say… physically, because I married every square inch of it! There is still that kind of imprint in me, that kind of physical mark !”

“If the project is still intact in my memory, it is also because it is linked to important events such as May 1968 in France. I remember very well that I was picked up to vote at the Palais des Sport at the Porte de Versailles in Paris when I was just finishing the model, I was on the rear bumper ! »

“I ‘raised’ the aesthetics and made the plaster model under the orders of Robert Opron, with whom I was in osmosis. There were practically no drawings of the final SM before its modeling. This corporate philosophy has disappeared (in 2000) and is difficult to understand today. At that time we were like architects working on the job. We weren’t looking for style, you visualize the nuance ? When I have the pleasure of meeting an SM on the road, I essentially see this perfect overall balance, with this long hood. The SM was the first to dare to use forms that were both sinuous and tense and very harmonious. »

I then remember these words transcribed during Jean Giret’s interview 20 years ago: “I think today that it is rather good that there was never any further evolution of the project because we would probably have impoverished it. Development is only possible if we have made a major mistake, which was not the case with SM“. Everything is said. 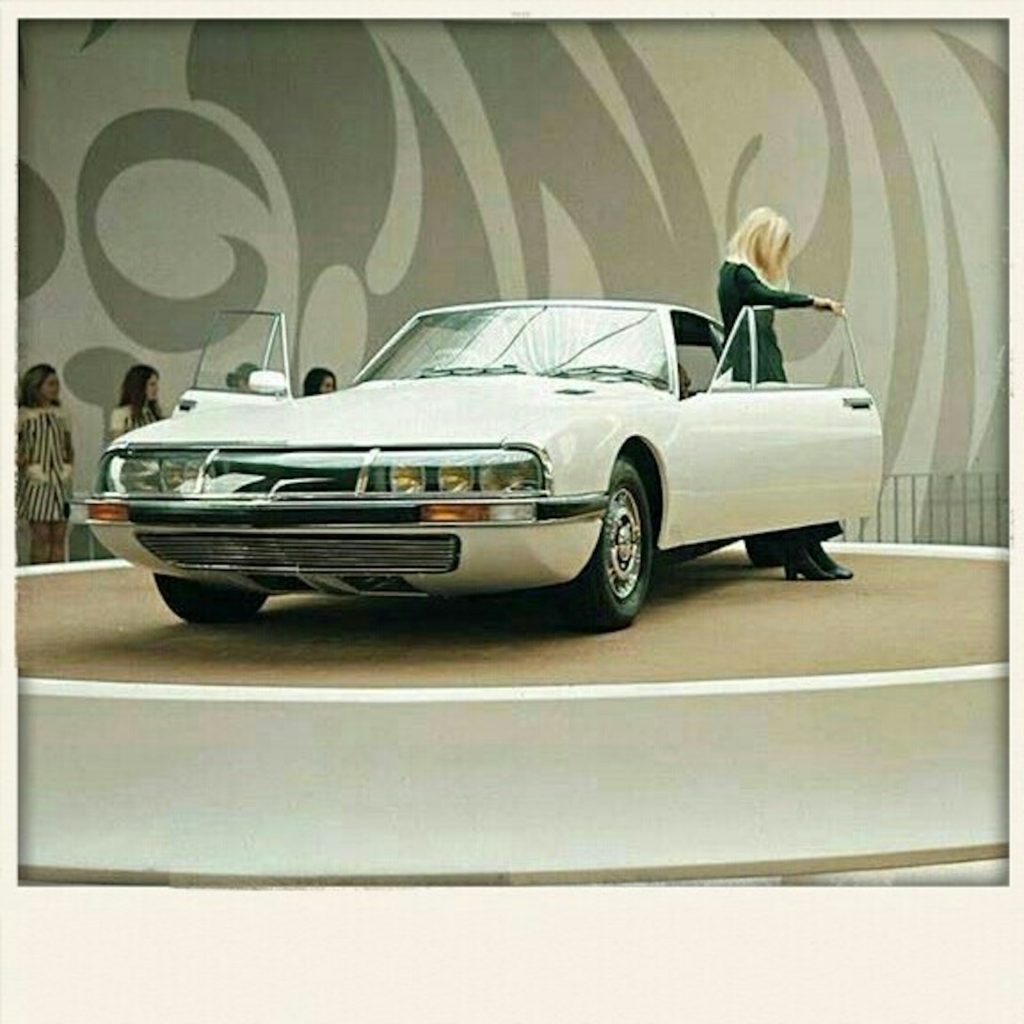